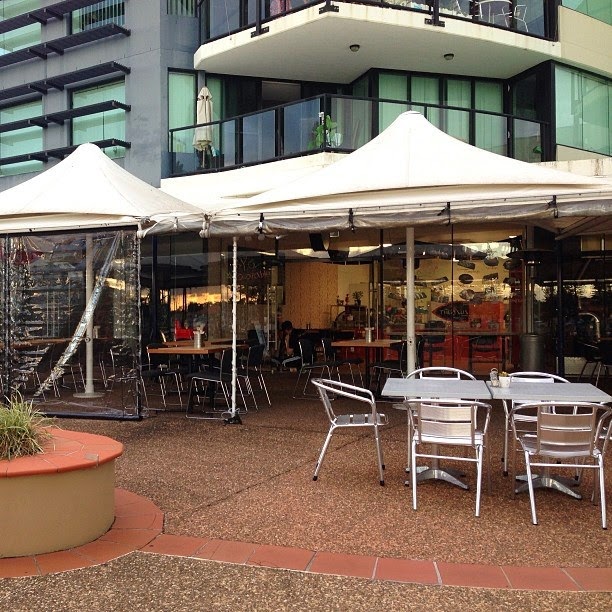 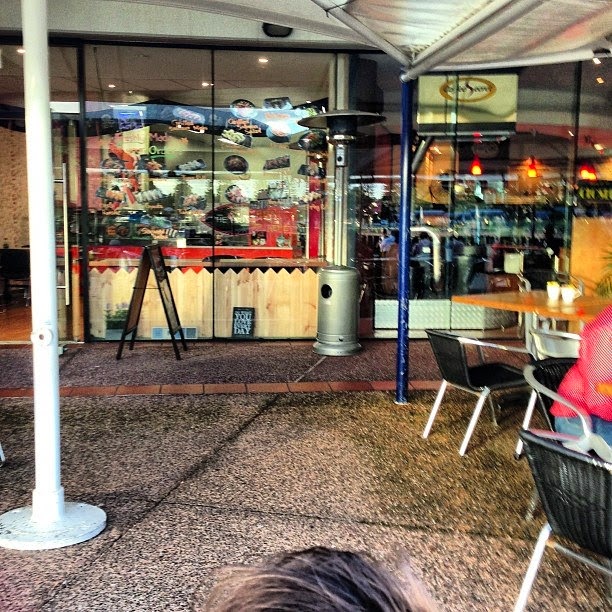 A new eatery at Raby Bay Marina strip of restaurants and cafes is The Sushi 79.  A sushi eatery that cooks everything fresh. You won't see pre-made sushi going stale - it is all made to order

Wikipedia describes it as " a Japanese savoury pancake containing a variety of ingredients. The name is derived from the wordokonomi, meaning "what you like" or "what you want", and yaki meaning "grilled" or "cooked... Okonomiyaki is sometimes compared to an omelette or a pancake and may be referred to as a "Japanese pizza" or "Osaka soul food"

The Sushi 79 Okomoniyaki costs only $3.50 and a very tasty morsel indeed. I love the okonomiyaki sauce and japanese mayonnaise on top which really makes it really tasty. Much smaller than okonomyaki I have eaten before, it is a great appetiser and great introduction to one of my favourite japanese meals.


The second time I visited The Sushi 79 I purchased some goyza dumplings. I had tried them before and liked them. Previously mine had been steamed but The Sushi 79 fries theirs. A portion of six for $6. They were to be a tasty appetiser before a meal at home. Also known as Jianzi in Chinese, a potsticker dumpling that can be boiled, fried or steamed.

WIkipedia: "Jiaozi typically consists of a ground meat and/or vegetable filling wrapped into a thinly rolled piece of dough, which is then sealed by pressing the edges together or bycrimping. Jiaozi should not be confused with wonton, jiaozi has a thicker skin and a relatively flatter, more oblate, double-saucer like shape (similar in shape to ravioli), and is usually eaten with a soy-vinegar dipping sauce (and/or hot chili sauce); while wontons have thinner skin and are usually served in broth. The dough for the jiaozi and wonton wrapper also consist of different ingredients." 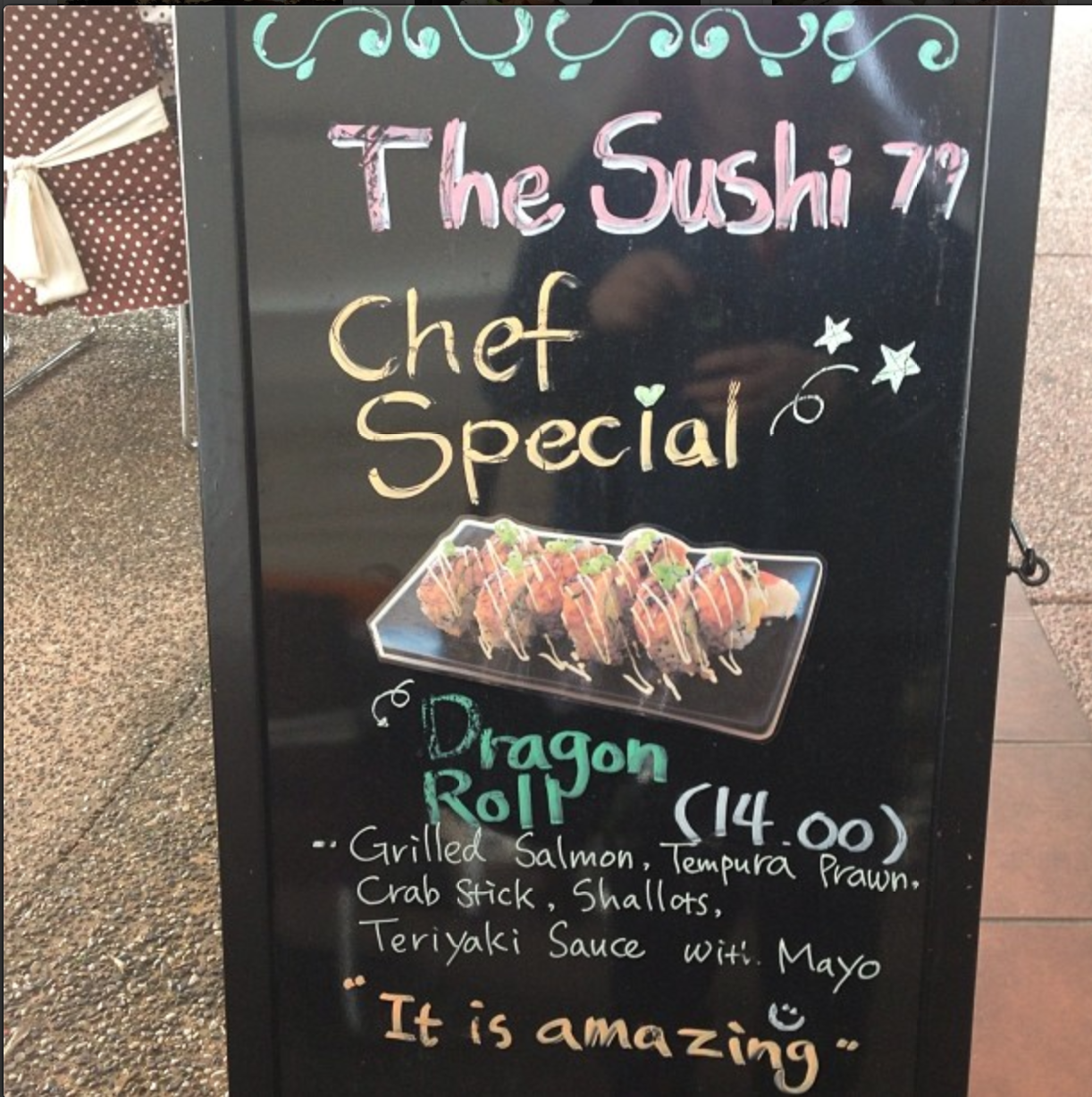 The third time I visited The Sushi 79 I decided to finally give into temptation and try their house specialty of Dragon Roll ($14). It had been given rave reviews on The Sushi 79 Facebook page and I was really looking forward to my first The Sushi 79 sushi roll.


The Dragon Roll was delicious and very filling. I shared it with my husband Philip and it was a very sating yet messy experience. There was so much in the filling, including grilled salmon, prawn, crab stick and teriyaki sauce and mayo - which I loved. YUMM!

So that's three times I have visited The Sushi 79. Two appetisers and a dinner. They have so much to try on their menu. Next time I intend to try one of their bento boxes.

Also on my radar is the Raby Bay Special sushi roll

It's crispy tempura prawn, avo and crab stick inside covered by grilled cheese.

Also on my to-do list is to try some honey citron tea. Apparently citron has three times the Vitamin C and helps keeps cold alway. All that for $2


Something that I love at Sushi restaurants is green tea icecream. The perfect palate cleanser. Only $3


As you can tell I have a lot of dishes to try and will be returning again and again. Part of that reason? This is the view 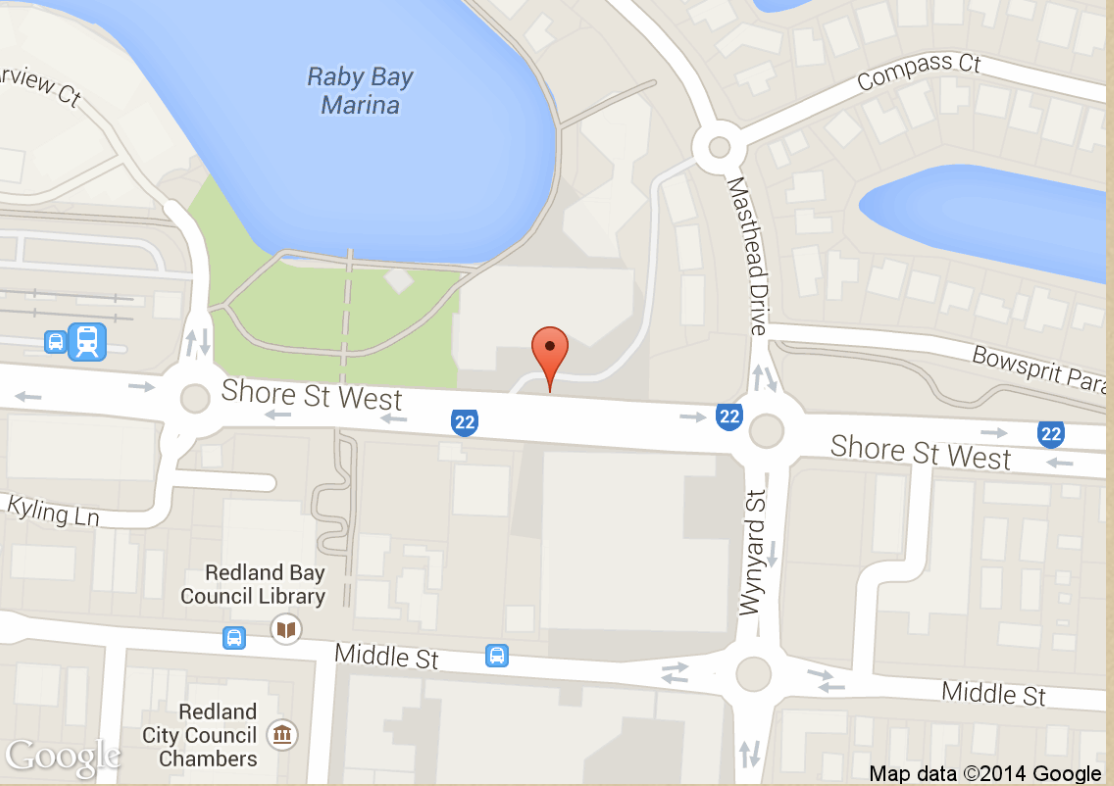 Posted by Vanessa Pike-Russell at 20:40