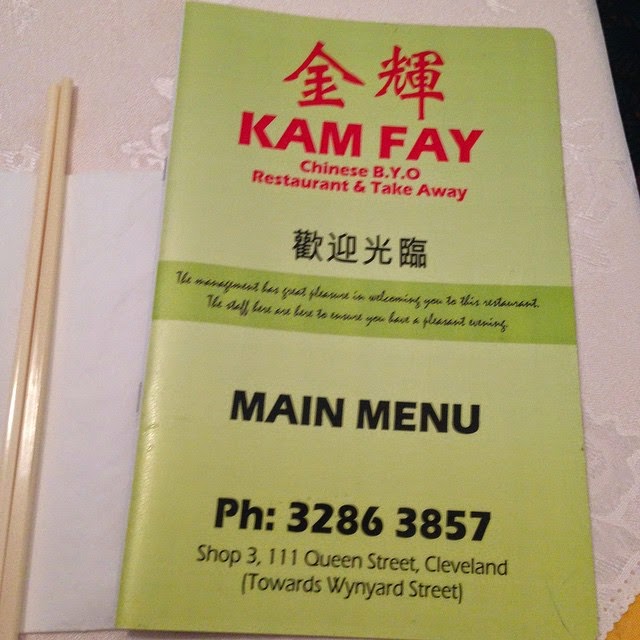 A lovely Monday evening I decided that it was time for a meal out. Many restaurants are closed on a Monday but Kam Fay in Queen Street,Cleveland is open. They have BYO but I decide to start with a pot of green tea 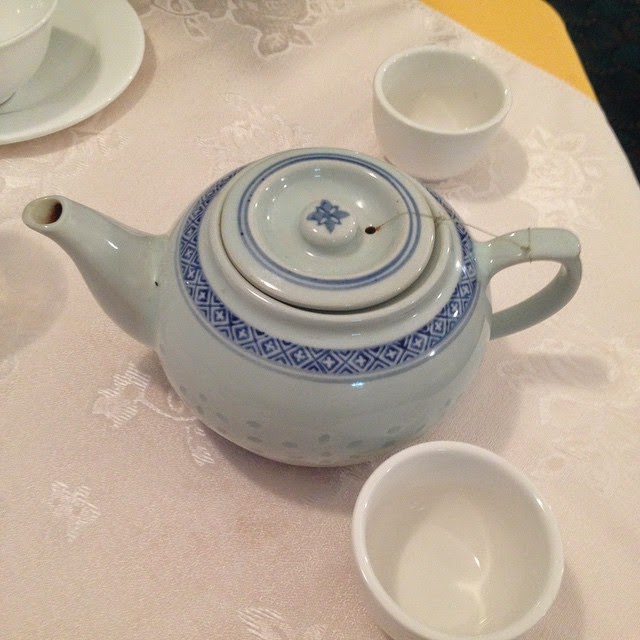 Now to peruse the Entree menu 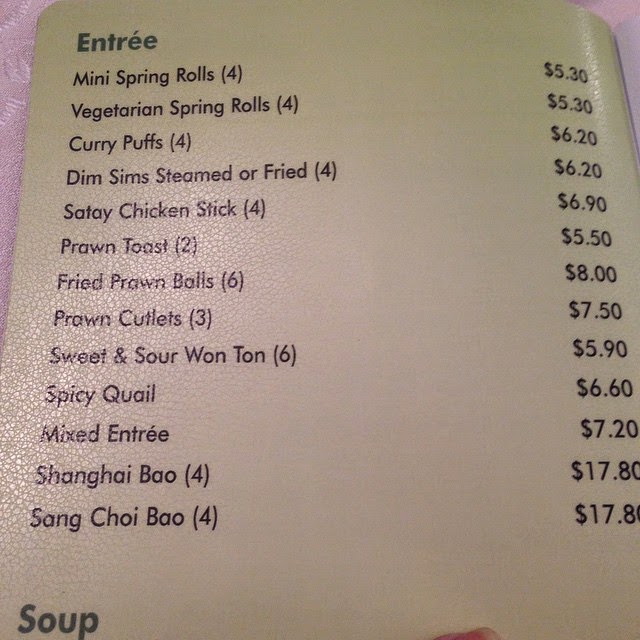 A firm favourite is Sang Choi Bao (usually spelled Sang Choy Bow). I have been suffering from nausea due to a medication I am on and I found the fish sauce flavour to be a little strong for my weak stomach, however I ate my two lettuce cups with the mince. Philip and I both thought that it wasn't the best Sang Choy Bow we have eaten. 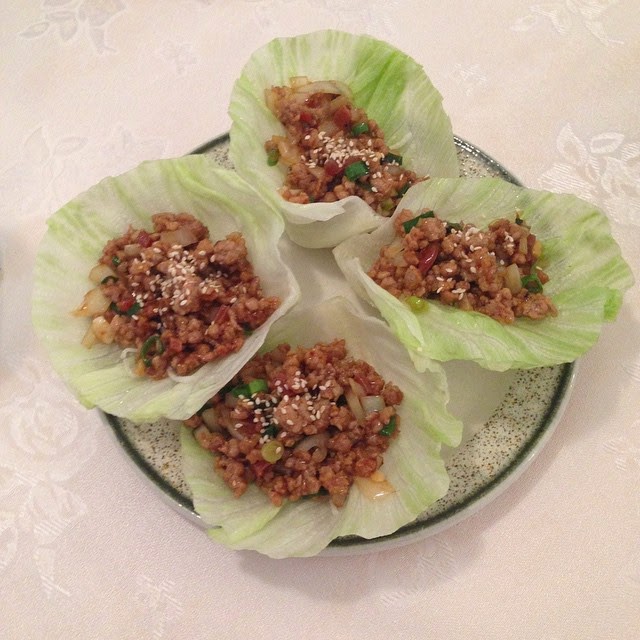 Next to Mains menu 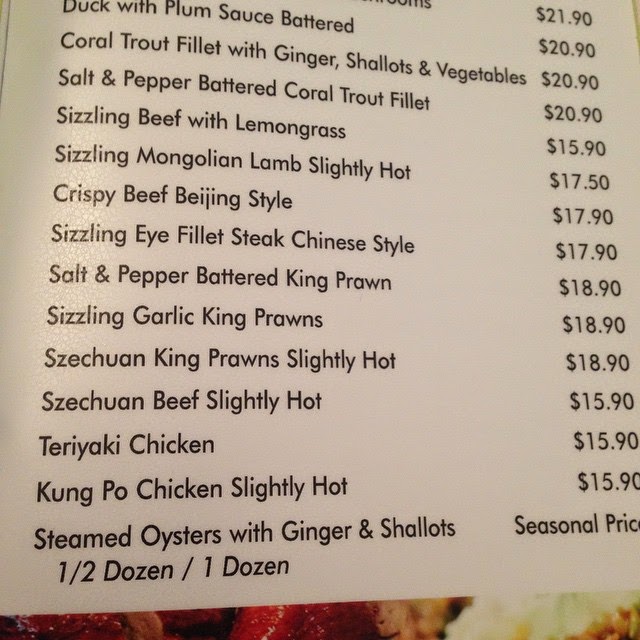 Philip wasn't very hungry so he chose the Steamed Oysters with Ginger & Shallots. I felt like something spicy so I chose the Szechuan King Prawns Slightly Hot. 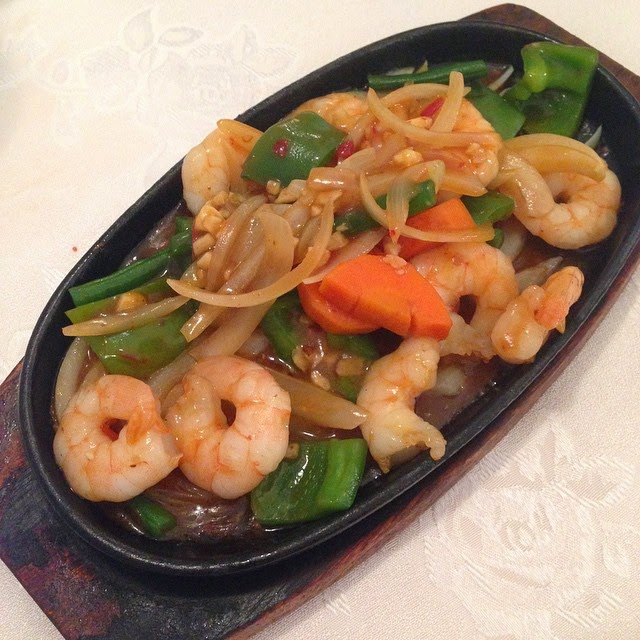 The Szechuan King Prawns came out and I was excited to try them. I was disappointed that they were not hot at all. I guess I have a tolerance for heat and that's why I found them a little bland. They had a a nice flavour but just not hot. I should have asked for some chilli powder or chilli seeds but with my stomach not being that strong it was probably a good meal choice for me. I forgot to say no capsicum, so Philip wasn't able to try the dish. 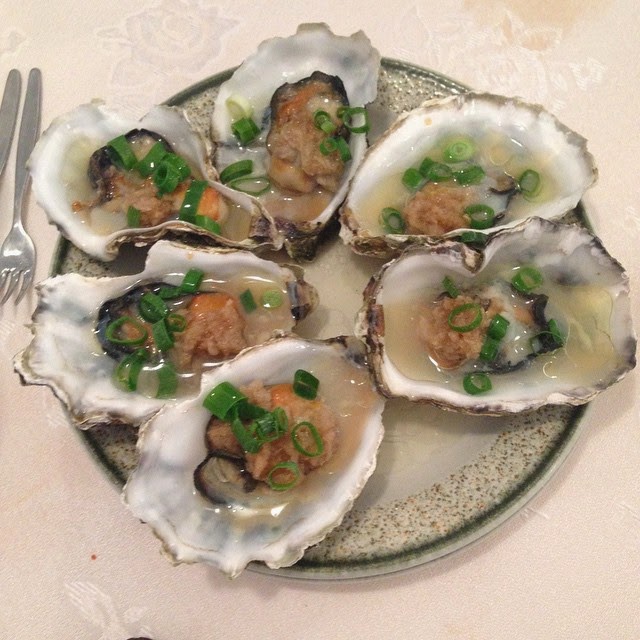 The Steamed Oysters with Ginger & Shallots came out next and they were fairly large oysters. There seemed to be more ginger tonight than the last time and they seemed to overwhelm the gentle flavours of the oysters. Philip ate four oysters and declared himself full so I polished off the last two, having only eaten half of my meal due to fullness.

I was able to take what was left of the King Prawns home and had them for a lunch the next day.
I would still recommend Kam Fay Chinese and will go back there. I think the side effects of the medication I am on spoiled my experience somewhat and I hope the next time we visit I am back to normal. Hubby and I enjoyed the friendly and quick service.