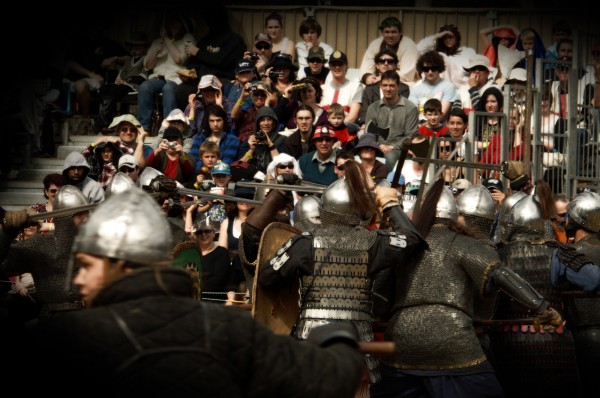 This weekend is Tournament Weekend!!! Phil and I will be on a very early train from Cleveland to Caboolture for one of the biggest medieval festivals in Australia! 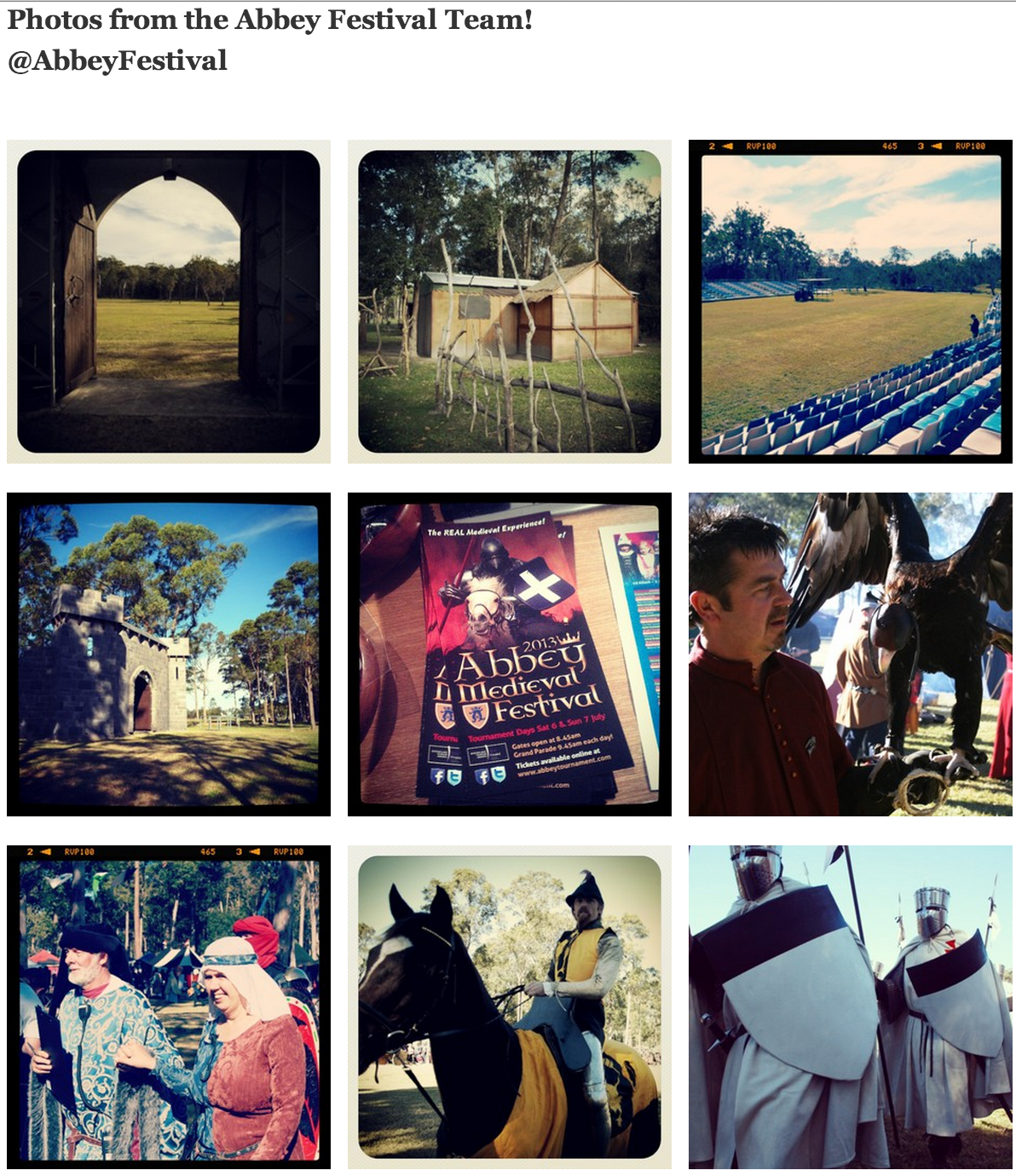 On Saturday, the gates open at 9am to Abbeystowe, new home of the Abbey Medieval Festival.
Each day begins with the Grand Parade, the opening ceremony of the 24th Abbey Medieval Tournament. Witness more than 500 knights, warriors, ladies and their retainers present themselves to the crowd as the magnificent Master of Ceremonies, Blair Martin summons the knights to take part in chivalrous combat for honour and courage.

Throughout the weekend, the Tournament program offers a wide range of entertainment. There is something on the program for everyone, from Historical Combats to Medieval dance, Turkish Oil Wrestling to music and fabulous street performers and much more!

There are more than sixty stalls covering a huge range of products, arts and crafts in Australia’s most authentic medieval market. You’ll also experience delicious medieval food and drink. Try an authentic venison pie at the “Stag Inn”, or ale or cider at the The Friar’s Folly Tavern.

What is the Abbey Medieval Festival?

The battle and the combat are very popular parts of the Medieval Tournament, held on July 6 and 7 at the Abbey Medieval Festival, the best cultural event in Brisbane. Photo by Brett Croese.
The Abbey Medieval Festival is a week-long event that commences on Saturday 22nd of June with the first of two Medieval Banquets. The Banquets are ticketed events where patrons enjoy a medieval feast beyond compare whilst being entertained with music, dance and theatre.
On Tuesday 2nd July, families are invited to take part in the much-loved Kids’ Medieval Fun Day. At an affordable cost, children from 3 to 12 years old can take part in a wide range of workshops and activities. Young squires are able to make their own swords, shields and learn the Knight’s Code of Honour, whilst little princesses enjoy gypsy dancing, making a flower garland and medieval pottery! Online bookings are essential.
On Saturday 6th & Sunday 7th of July join the many visitors who will come to immerse themselves in the spectacle of the 2013 Abbey Medieval Tournament.
Be one of the spectators at the joust and cheer on your champions who compete for glory and honour. Watch as combatants take up arms on the field of valour or prove themselves in the Turkish Oil Wrestling pit; be entertained by colourful dancers and taste the finest medieval cuisine. Lose yourself in the bustling marketplace or amongst the colourful tents of the medieval re-enactors’ encampments. Here you will glimpse the past as re-enactors portray facets of everyday life of Viking raiders and traders, of Middle Eastern warriors and nomads, and nobles and peasants from the great European households. Visit the Friar’s Folly Tavern for a drink or to sing along to the raucous music.
Once again the Birds of Prey will take to the skies over the Tournament grounds demonstrating the prowess of medieval falconry.
For more information call (07) 5495 1652.

The Abbey Museum Caboolture – Where is it?

The Abbey Museum is located in Caboolture, about 40 kilometres north of Brisbane on the way to the Sunshine Coast. Head east from Caboolture towards Bribie Island and then take Old Toorbul Point road north. For public transport and driving directions, see our Cultural Events Brisbane Transport section.
The Abbey Museum is one of the premier cultural attractions for visitors to Bribie Island and the Sunshine Coast, and makes a great stop off for long drives north (see more tourist information on our Brisbane Events page or on the Abbey Museum website).
Both Caboolture and Bribie Island offer handy accommodation options to suit all kinds of travellers with all kinds of budgets. For more information, visit our accommodation for events in Brisbane section.
http://abbeytournament.com/about/where-are-we/
Posted by Vanessa Pike-Russell at 10:28