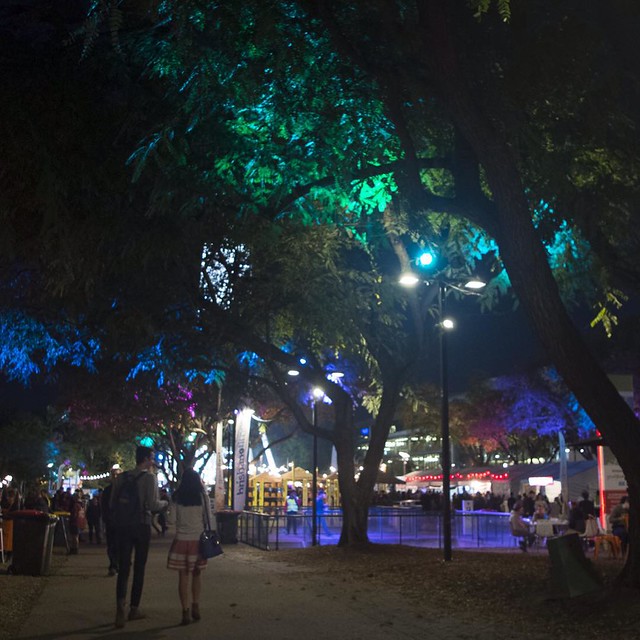 After three years of living in Brisbane, QLD I finally made it to the Night Noodle Markets! I invited a couple of friends along (Julie and Bruce) and I was accompanied by my husband Philip. We met up at the South Bank Cultural Forecourt by the  Brisbane Wheel. 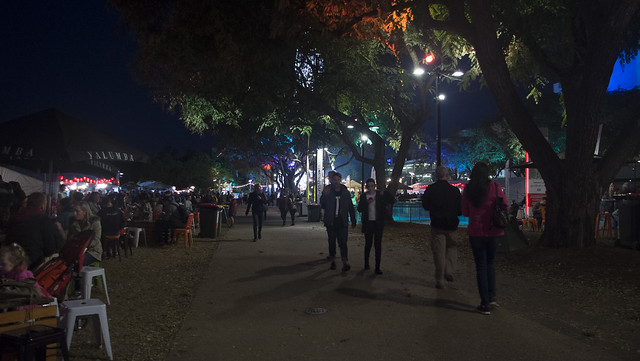 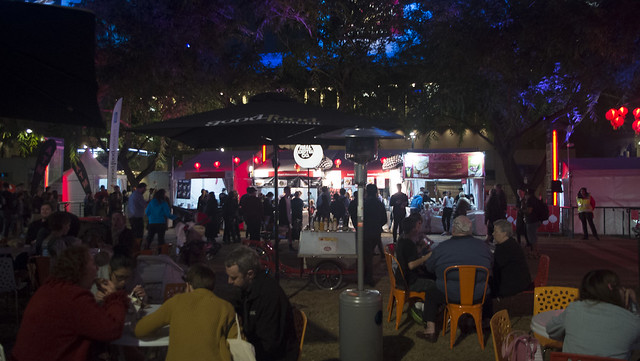 There were thirty (30) or more stalls with food from all over Asia. The name Night Noodle Markets is rather misleading as most of the stalls didn't even sell noodles. The most popular food stall was the Hoy Pinoy Filipino BBQ skewers. They sold both a pork belly skewer and a marinated chicken skewer. The smell from the meat on the BBQ was amazing! There was a long line of people waiting to buy some so I waited until later to get some. 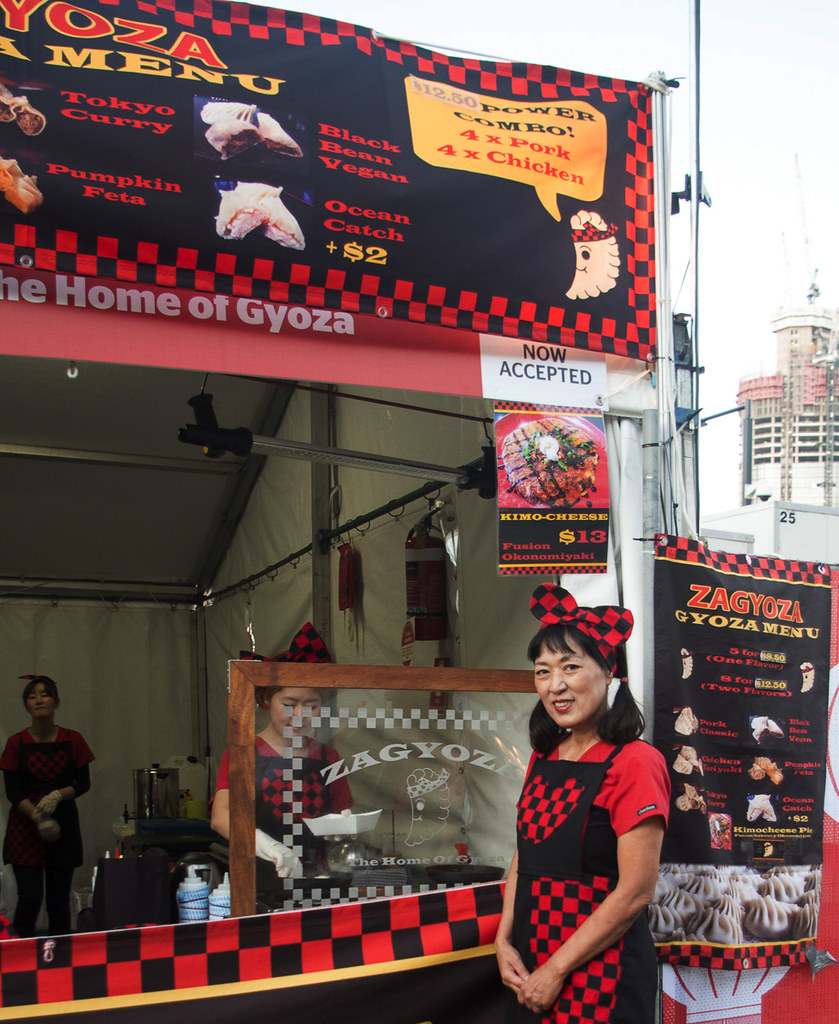 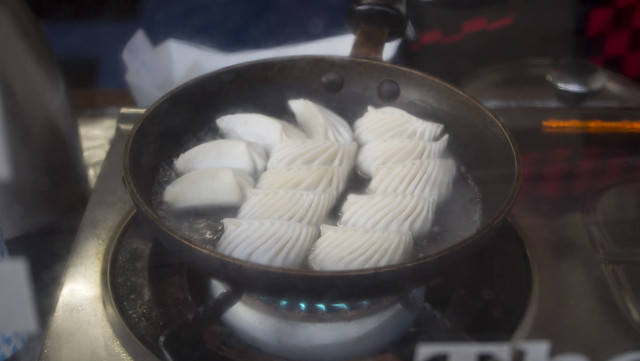 My first purchase was from Zagyoza which is the 'house of gyoza'. They have a restaurant located in Brisbane's West End where they have 16 varieties of gyozas which are dumplings, also known as 'pot stickers' in the US and Jiaozi in China. I decided upon four chicken teriyaki gyoza and an 'ocean catch' gyoza which had prawn inside. I shared them with my companions and the teriyaki were popular but the 'ocean catch' variety were a little too spicy for Julie and Bruce. 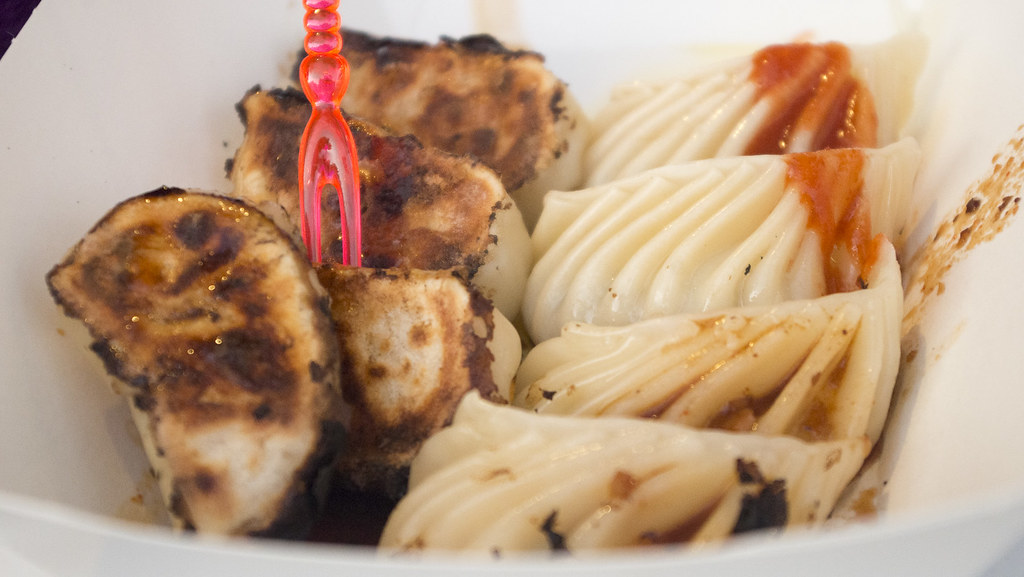 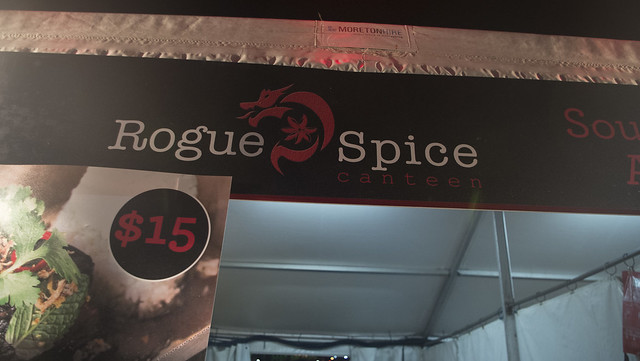 Next purchase was from Rogue Spice Canteen - a twice cooked chilli caramel duck with sour apple salad ($15). I loved the duck but I didn't taste any chilli on the duck itself. There was some in the salad, however and I enjoyed the salad immensely. I've never had an apple salad before but I fell in love with it at the first taste. Apple,coriander, chilli and tangy asian dressing. 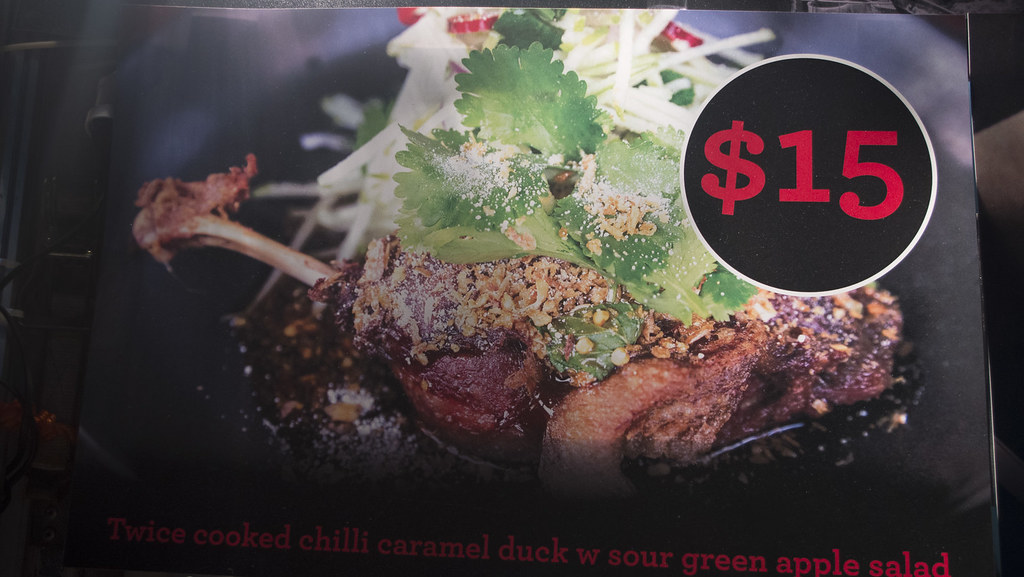 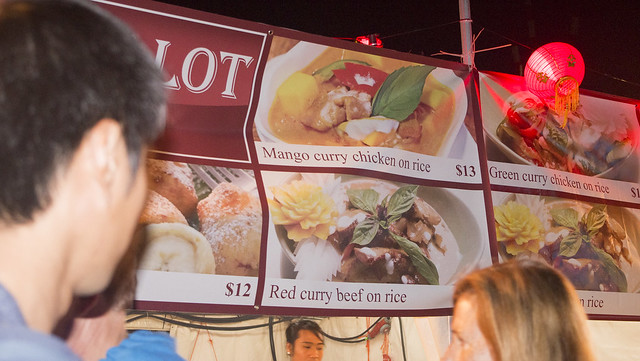 Julie bought a Mango Curry from Shallot Thai to share with her husband which was very mild curry with an amazing flavour. It was so good she went back for another one for her. The light was poor so I didn't get a photo. Sorry.

As Julie and I passed by the Mini Pancake stall we sampled the caramel flavoured pancakes and they tasted amazing! I meant to go back and get some later but time got away from me. It was so much fun going up and down the lines of stalls, the smells and sounds of food cooking. Heaven!

The amazing smell of the  Hoy Pinoy skewers cooking on the BBQ drafted down to me as I was having a second look at some of the stalls. The line was still long but I decided it was worth it if they tasted as half as good as they smelled.

This was the sight: 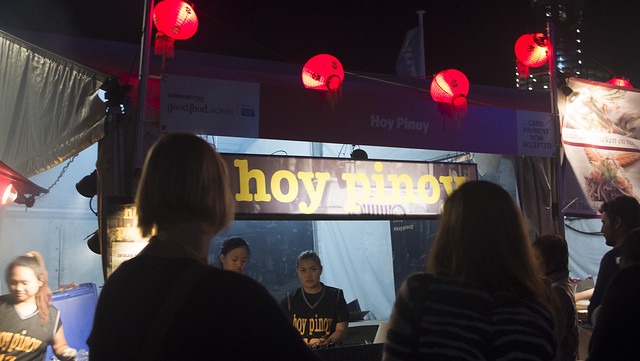 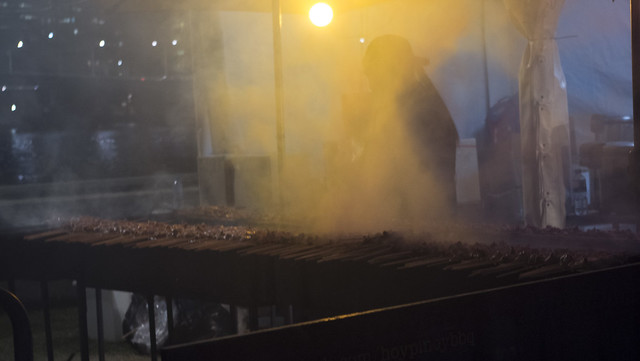 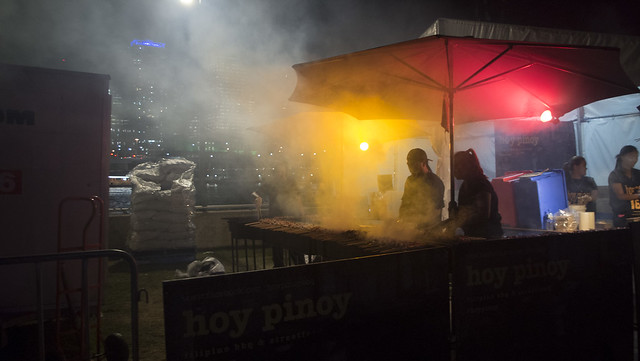 A screen capture (below) from my Periscope video broadcast on the night. Periscope is cool! It's a twitter app so you sign in using your twitter account. You click a button and record what you can see (from either front or back camera) and chat with people who comment on your video and give hearts if they like what they see. The quality of screen captures isn't very good, unfortunately. 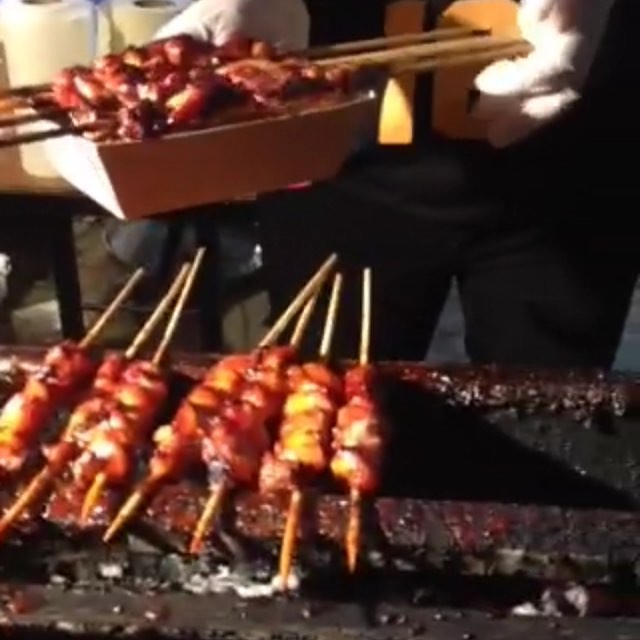 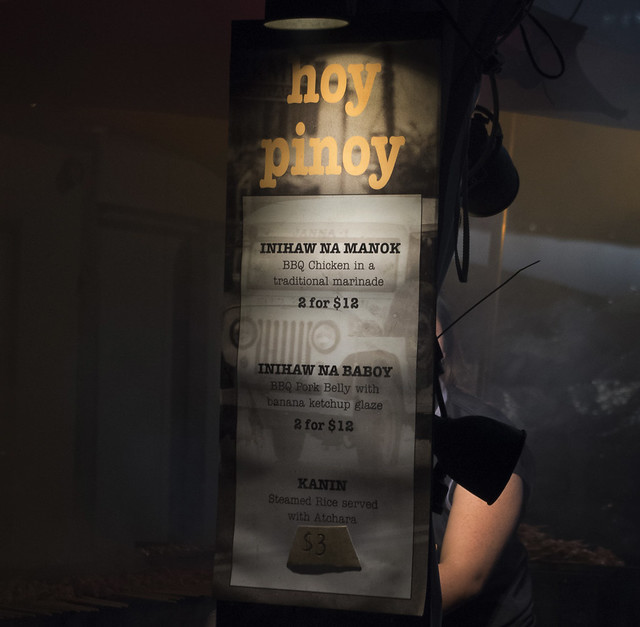 I bought two pork belly skewers and two marinated chicken skewers. I took them back to the table and shared them with hubby, Julie and Bruce. The pork belly was my favourite. It was delicious! Sticky and sweet and juicy. Well worth the wait in line!

Below are some of the other stalls that I visited but didn't buy anything. I was very full and sated with my purchases. 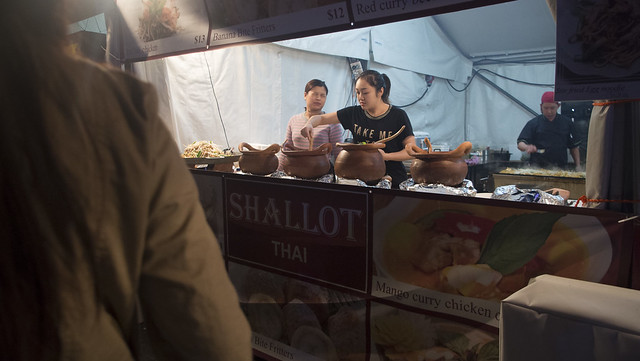 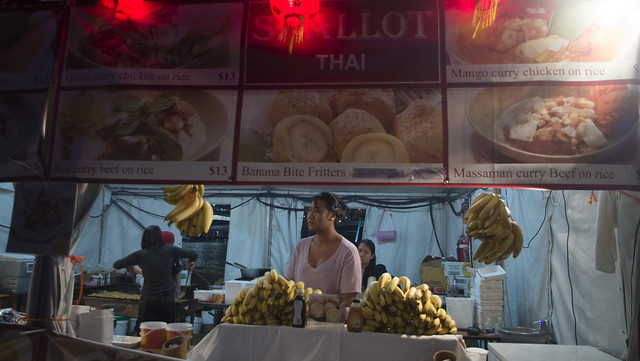 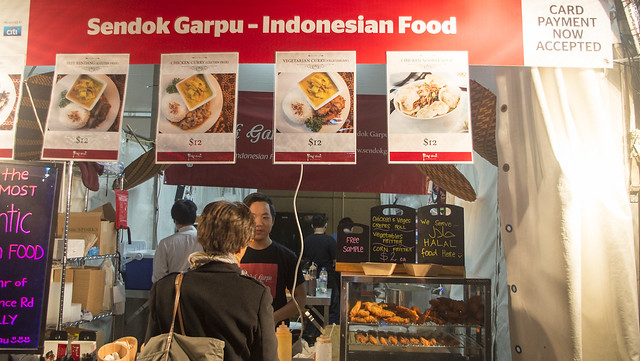 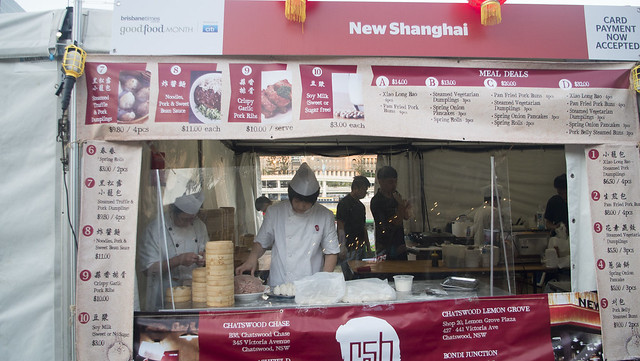 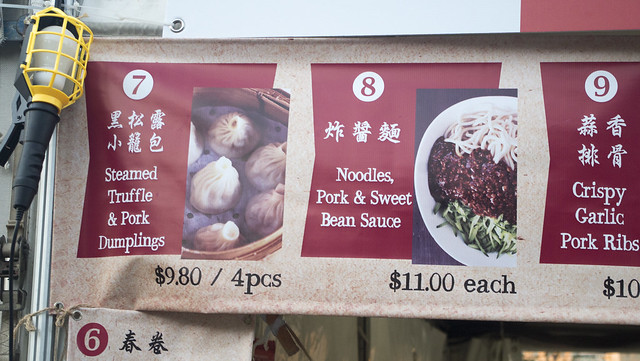 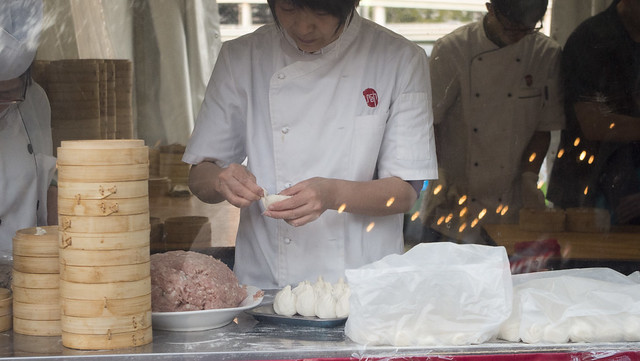 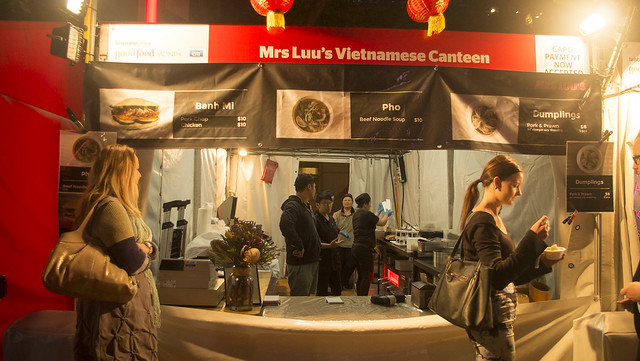 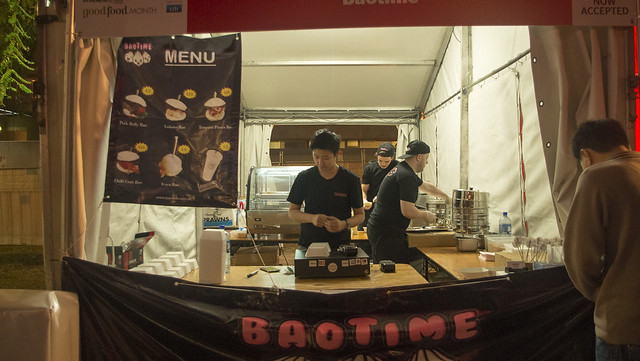 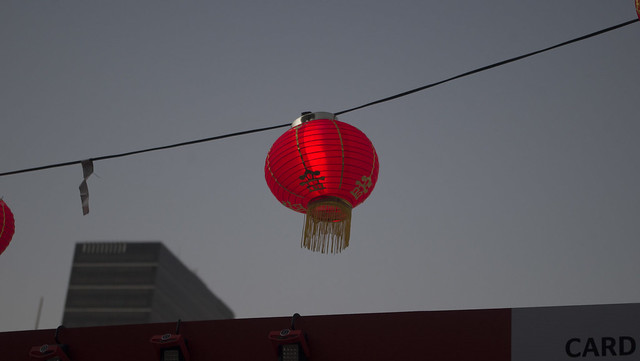 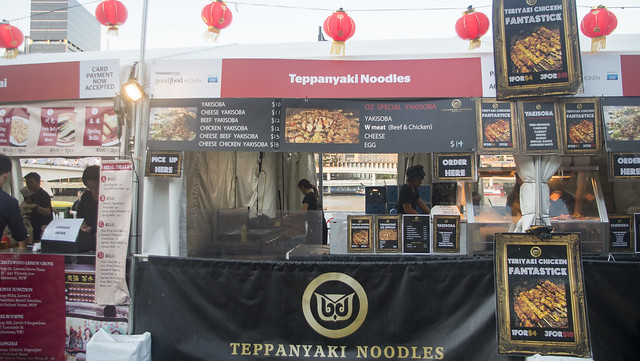 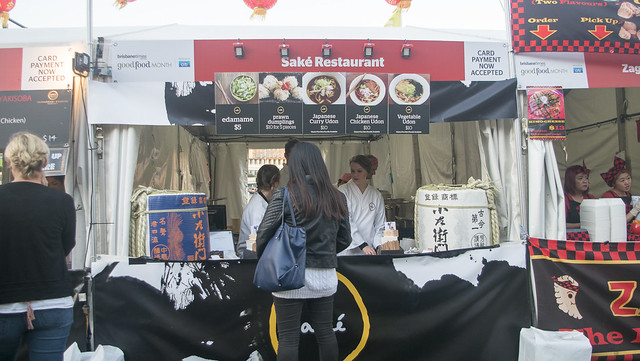 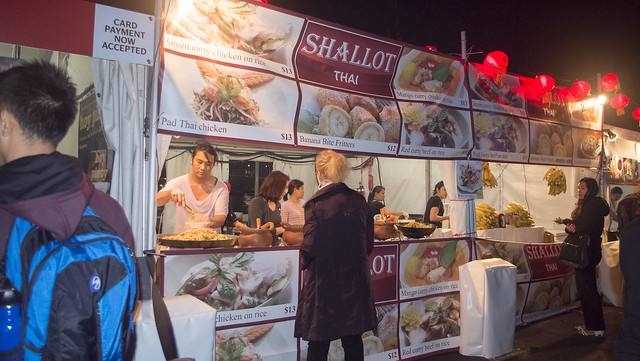 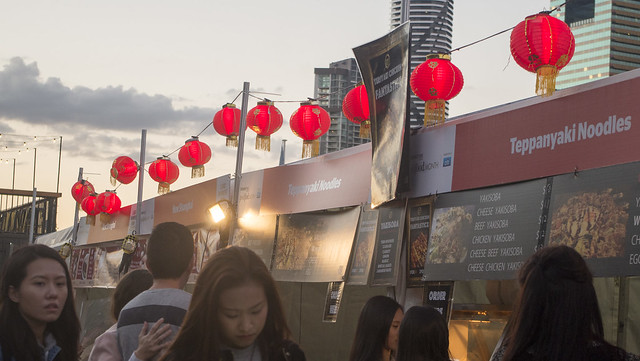 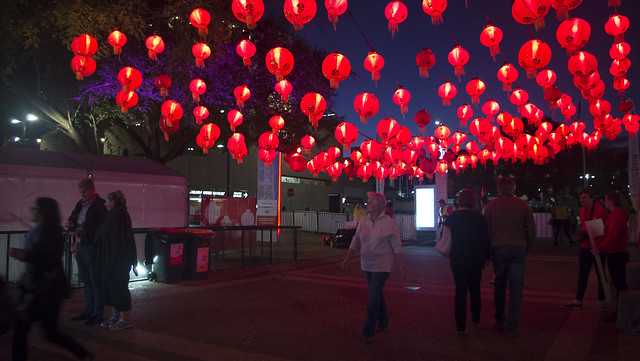 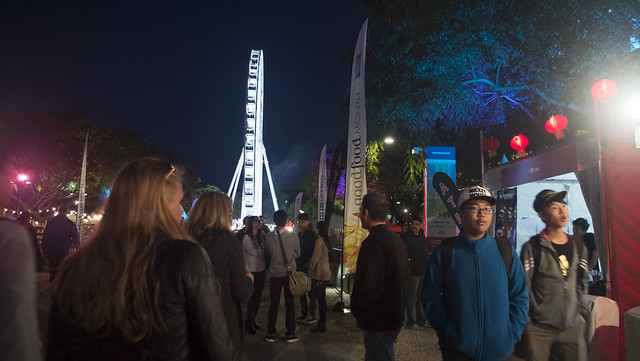 View all the mouth-watering menu items at goodfoodmonth.com/menu

NEW! Night Noodle Markets will now be cashless, with all drinks and food available using your credit, or debit card.Transport: South Brisbane train station nearby
http://brisbane.goodfoodmonth.com/noodles

Posted by Vanessa Pike-Russell at 01:18